Ford Madox Browns 1851-6 unfinished painting ‘Take your son sir!’, has floated around in my mind for years. I find it unbearably creepy and sad but also fascinating, It depicts his wife Emma holding their son Arthur, its thought to be a commentary on Victorian morality, (a mistress demanding the man take responsibility his offspring), it has such a peculiar composition, illusions to imagery of the Virgin and Child, also a nod to The Arnolfini Wedding Portrait. The desperate face of the woman almost drowned in her corpse like paleness and the weird dead eyed baby with its shiny fish belly skin, hanging in what could be both womb and winding sheet.

Madox Brown eventually abandoned the painting, probably, sadly, due to his sons death, so we only have this unfinished image, with its areas of bleak bare canvas butting up against richly worked skin tones, the intricate mirror and glided wallpapers.
I grew up in Birmingham and the Pre-Raphaelites are never very far away, but seeing this bleak unfinished work at the Tate London was quite the contrast to the lushly gorgeous canvases I was used to. I can’t consider it a favorite of mine, but something about it hangs around long after you have see it, perhaps its the very unfinished nature that fascinates.

I know its a pretty silly image I’ve made in response, where Otto comes out the best, (psst he’s not that big IRL) and I’m not sure of the relevance of Judge Dredd, but see it as a sketch, a seed of something else, maybe something I will never finish either. 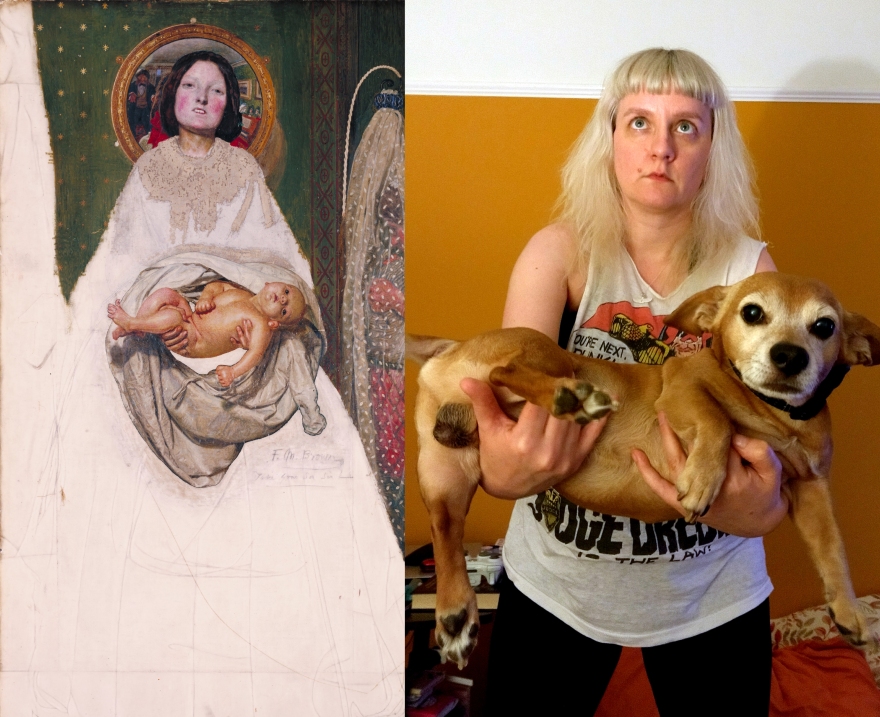